If we’ve learned anything from Marvel’s comics and cinematic universe, it’s that the world is always expanding. New villains are always emerging and new heroes are always swooping in to stop them. Crystal Dynamics is taking this same approach with its game starring Earth’s Mightiest Heroes. Marvel’s Avengers launched with six playable characters, but that’s far from all the heroes we’ll be able to take control of when it’s all said and done. Crystal Dynamics has said that all playable characters will be added at no additional cost, but additional upgrades for those characters could cost money.

Check out all the characters you can play as in Marvel’s Avengers, as well as all the heroes still to come.

Following a disaster in the opening of the game, Kamala Khan discovers new powers that allow her to grow and stretch her body in ways that help her fend off enemies and traverse the environment in unique ways. As the main character of Marvel’s Avengers, her goal is to reassemble the outlawed hero team to once again save the world.

The leader of the Avengers, Captain America is killed during the opening sequence. His loss is felt throughout the story as the Avengers work to come together and make his sacrifice meaningful.

The billionaire tech genius in the metal suit has a full arsenal of gadgets and weapons to use against the forces of evil.

The former SHIELD super spy is a martial arts and weapons expert, and has the gadgets to support her skills.

The mighty god of thunder wields his legendary hammer Mjolnir, along with powerful command of lightning.

The mild-mannered Bruce Banner transforms into the giant, green rage-monster to rampage through enemies and environments with ease.

Clint Barton’s protégé joins as the first post-launch hero. An expert archer trained by Clint, Kate has similar abilities to him, but features her own distinct moveset and gear, which include razor arrows, scattershot arrows, explosive arrows, and smokescreen arrows. She can also teleport around the battlefield using warp arrows, spawn holograms, and apply quantum energy to her attacks. She joins as a part of Operation: Taking AIM, with a story focused on searching for Clint Barton with the Super Adaptoid standing in her way as a new Omega-level antagonist with all the abilities of the Avengers.

Missing since the events of A-Day, Clint Barton re-emerges as a part of Operation: Future Imperfect. Taking place in a future where the world has been devastated by the Kree and nuclear war, Operation: Future Imperfect pits Hawkeye against a deranged Maestro, a transformed version of Hulk that combines Banner’s intelligence with Hulk’s might. Maestro has killed all superheroes and supervillains in this theoretical future, and it’s up to Hawkeye to put an end to his reign.

Black Panther joined the Avengers for the first post-launch content drop large enough to be deemed an expansion. The War for Wakanda expansion follows King T’Challa and Earth’s Mightiest Heroes as they fight off invading mercenaries led by Klaw and Crossbones. 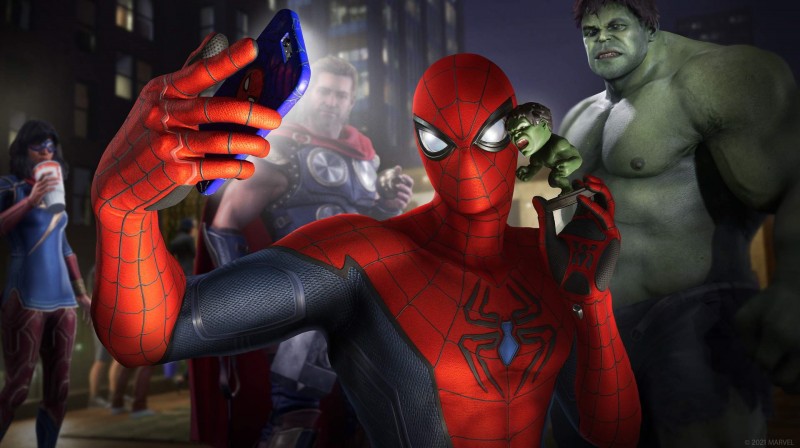 After several teases, Crystal Dynamics finally brought Spider-Man to the PlayStation versions of the Marvel’s Avengers. Rather than delivering Spider-Man by way an an expansion like Black Panther or an Operation like Hawkeye and Kate Bishop, Spider-Man joins the superhero squad with no story missions or in-engine cutscenes. 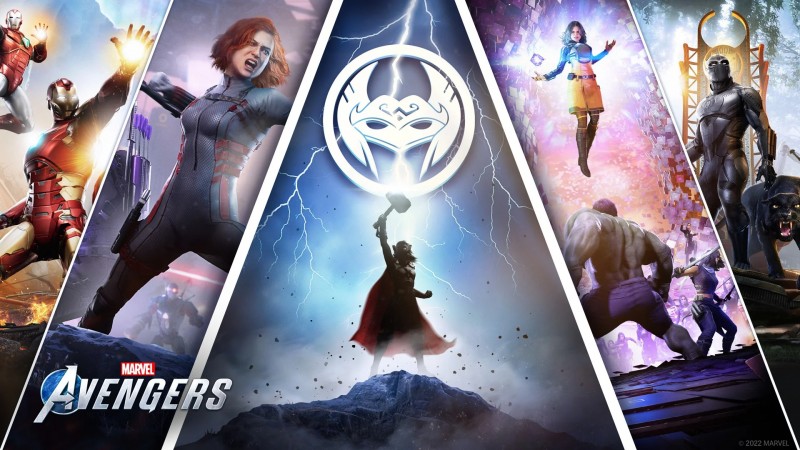 Before her Marvel Cinematic Universe debut in Thor: Love and Thunder, Crystal Dynamics announced that Jane Foster: Mighty Thor will be joining the team. We don’t have many details about Jane’s inclusion, but Crystal Dynamics says her moveset will have a lot in common with Thor’s, though she will have elements that differentiate her. 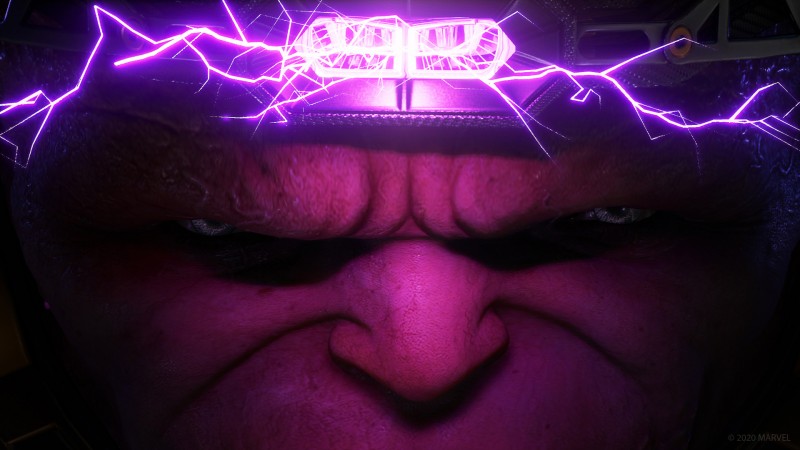 Of course, with so many superpowered heroes on the roster, Marvel’s Avengers needs a stable of villainous threats worthy of the team’s attention. Just like with its hero roster, Marvel’s Avengers has been steadily increasing its villain roster. Here are the characters you can expect to fight as you play through the base game and its various post-launch content drops.

Be sure to bookmark this page and come back regularly to see the latest additions to Marvel’s Avengers as they are announced and added.